- March 20, 2013
LEGACY clients and dear friends, Kevin Carter and Jay DeMarcus will once again dazzle Music City with an incredible and unique star-studded event.   This year's event is bitter sweet as the Make-A-Wish Ambassador, Noah (pictured) is back in the fight of cancer.   Our prayers are with Noah and his family as we realize how precious life is and what this event means to children with life-threatening illnesses.  There are a few tickets left!   Join us in this incredible cause!

One of Nashville’s premiere celebrity events, “Waiting for Wishes” has raised more than $1.4 million for charity since its inception in 2002.  The annual event sells out fast and this year is no exception, there are only a few tickets left.  This celebrity dinner is an exclusive, VIP evening where Carter and DeMarcus ask their friends that include NFL players, alumni and other professional athletes, country music artists and other various celebrities to take over Palm as servers.

The event, which is sponsored by HCA TriStar, Grand Avenue and Nashville Lifestyles Magazine continues to be one of the most unique celebrity events in the country and is considered one of the “must attend” events for patrons and participants alike.  This year they have added an official After Party, “Jam with Jay DeMarcus & Friends” at Honky Tonk Central for patrons and a few guests who are not able to attend the dinner.

Carter, who played for the Titans from 2001 – 2004 is thankful that the Nashville community continues to support this event and an incredible cause that makes wishes come true for children with life-threatening illnesses.

“I am so grateful to be able to continue this incredible event so many years after my tenure with the Titans,” said Carter.  “It’s been twelve years since I first had a vision about hosting a special dinner in Nashville to help children in need.  I had no idea that twelve years later the success that this event would be so significant.  I can only attribute that to this incredible community, their spirit of giving, and their commitment to changing the circumstances of those in need.  I am also very blessed to have a wonderful committee of volunteers who never get enough credit for the amazing work they do each year.  I couldn’t do it without their continued support in handling all the details of the event.”

Tickets to the dinner are $500 per person with only a handful left.  Contact Paige Dixon at The Palm at 615-742-3193.   Tickets for the after party, Jam with Jay DeMarcus & Friends, are $85 and sold separately at www.waitingforwishes.com.

About The Kevin Carter Foundation
Kevin and Shima Carter created The Kevin Carter Foundation to enrich the lives of children focusing on youth and character development.  Carter often quotes his father’s saying, "To whom much is given, much is expected" and admits he tries to live by that today.  The Kevin Carter Foundation will make a donation to Make-A-Wish® Middle Tennessee, the primary beneficiary of "Waiting for Wishes" with the proceeds of the event.  Make-A-Wish® Middle Tennessee grants the wishes of children with life-threatening medical conditions to enrich the human experience with hope, strength and joy.   For more information, visit www.kevin-carter.com or go to the foundation’s Facebook page at www.facebook.com/waitingforwishes. 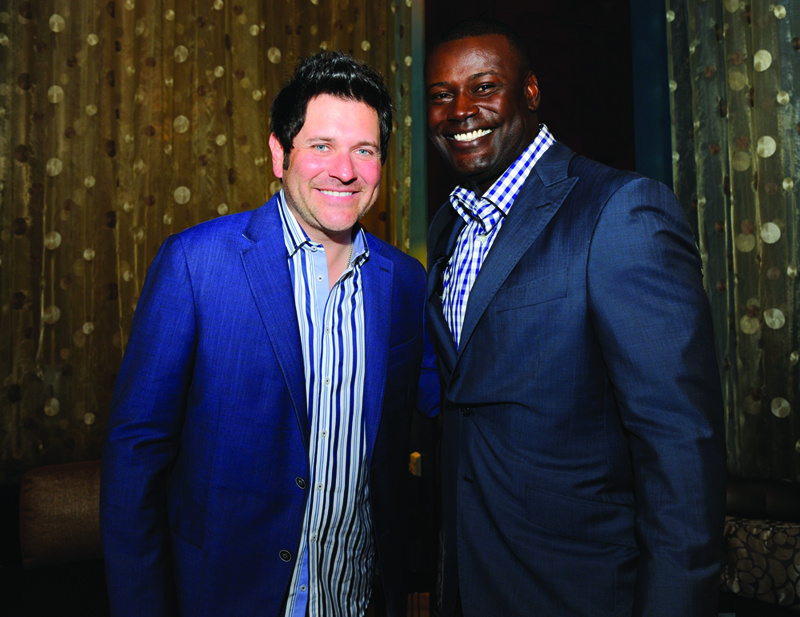