- August 15, 2014
Country Star Vince Gill Joins Other Celebrities in Support of
Constituting America’s We The Future Contest
Deadline for entries is September 17th 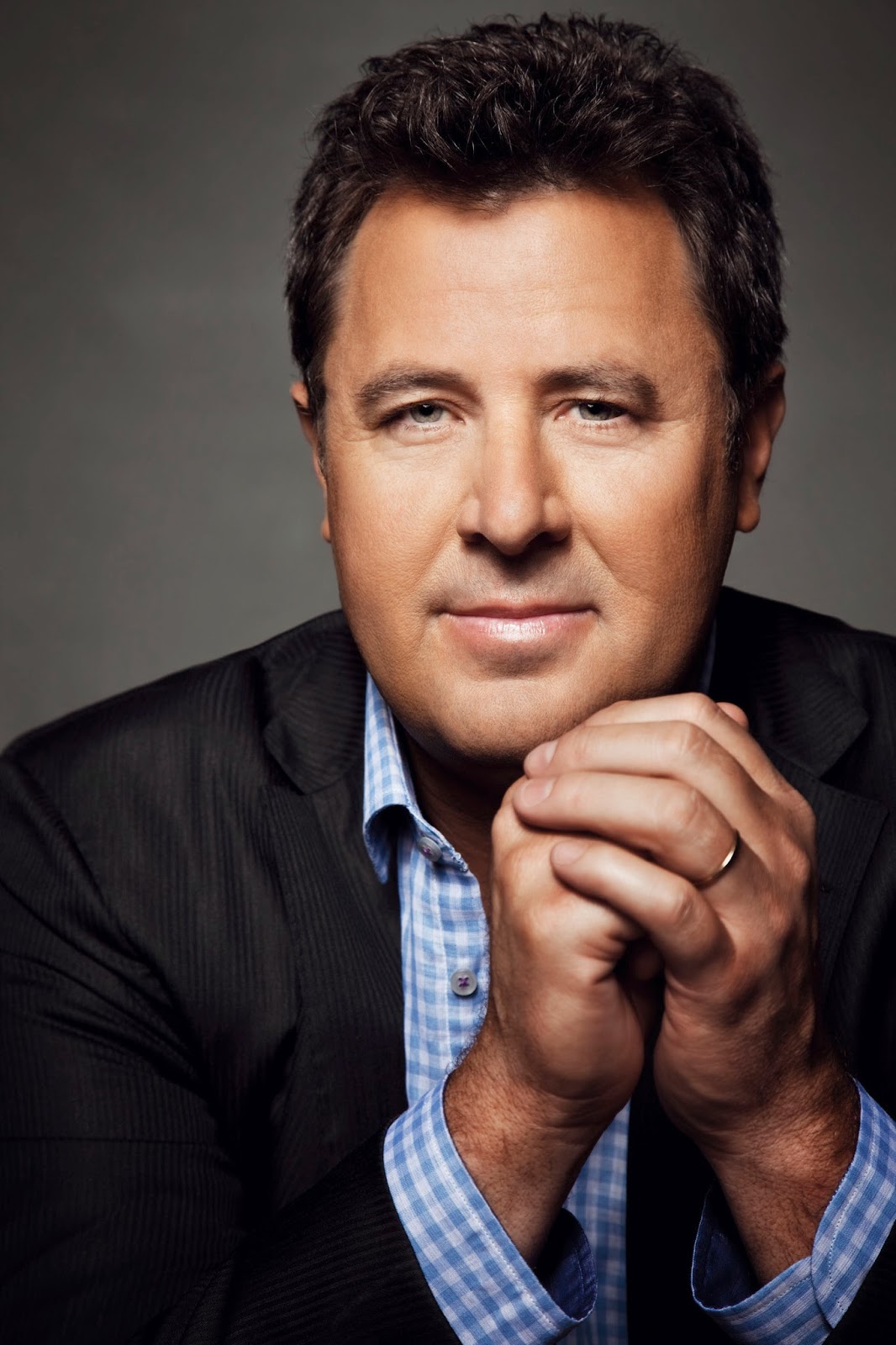 Vince Gill, renowned performer and singer/songwriter, has sold more than 26 million albums along with 18 CMA awards, 20 Grammy’s and induction into the Country Music Hall of Fame.  As a contest mentor, Gill will personally meet with the songwriting winners as they travel to Nashville later this year.

Constituting America (www.consitutingamerica.org) is an organization that focuses on educating today’s youth about the importance of the U.S. Constitution.  Hollywood actress Janine Turner, who starred in the CBS series Northern Exposure and NBC’s critically acclaimed Friday Night Lights series, is the founder of Constituting America.  Turner and Cathy Gillespie are co-chairs of the non-profit, which focuses on educating today’s students and adults through the utilization of today’s cultural norms of song, film, social media, and the Internet.  Turner and Gillespie created the We The Future Contest four years ago to give students the opportunity to be creative and use current media outlets to express and represent the importance of the U.S. Constitution.  Through these efforts, they are trying to rekindle the passion and enthusiasm for the Constitution and its history for America.

Contest winners will enjoy various prizes to include mentoring trips (depending on their category) to Los Angeles, CA, Nashville, TN or Washington, D.C., to meet with Constituting America Mentors and other leaders, dine with a Constitutional Scholar and a $1,000 to $2,000 scholarship.
In addition, winners will have the opportunity to play a starring role in Constituting America’s documentary and song winners will be featured in a music video.

The We The Future Contest is open to students K-12, college and grad students through senior adults and is currently accepting entries for all categories through September 17, 2014.   Over the past four years, entries have come in from all over the country.

In addition, Constituting America just produced the compilation of winning songs that have been entered into the contest over the past four years into an album entitled Rocking for Freedom.  The album consists of 14 songs that were written by the top winning student songwriters from all over the country.

The album can be downloaded on iTunes.com for $9.99 with proceeds going back to Constituting America at: https://itunes.apple.com/us/album/rocking-for-freedom/id892399546

Here is the complete album, song list and a little more about each contest winner. 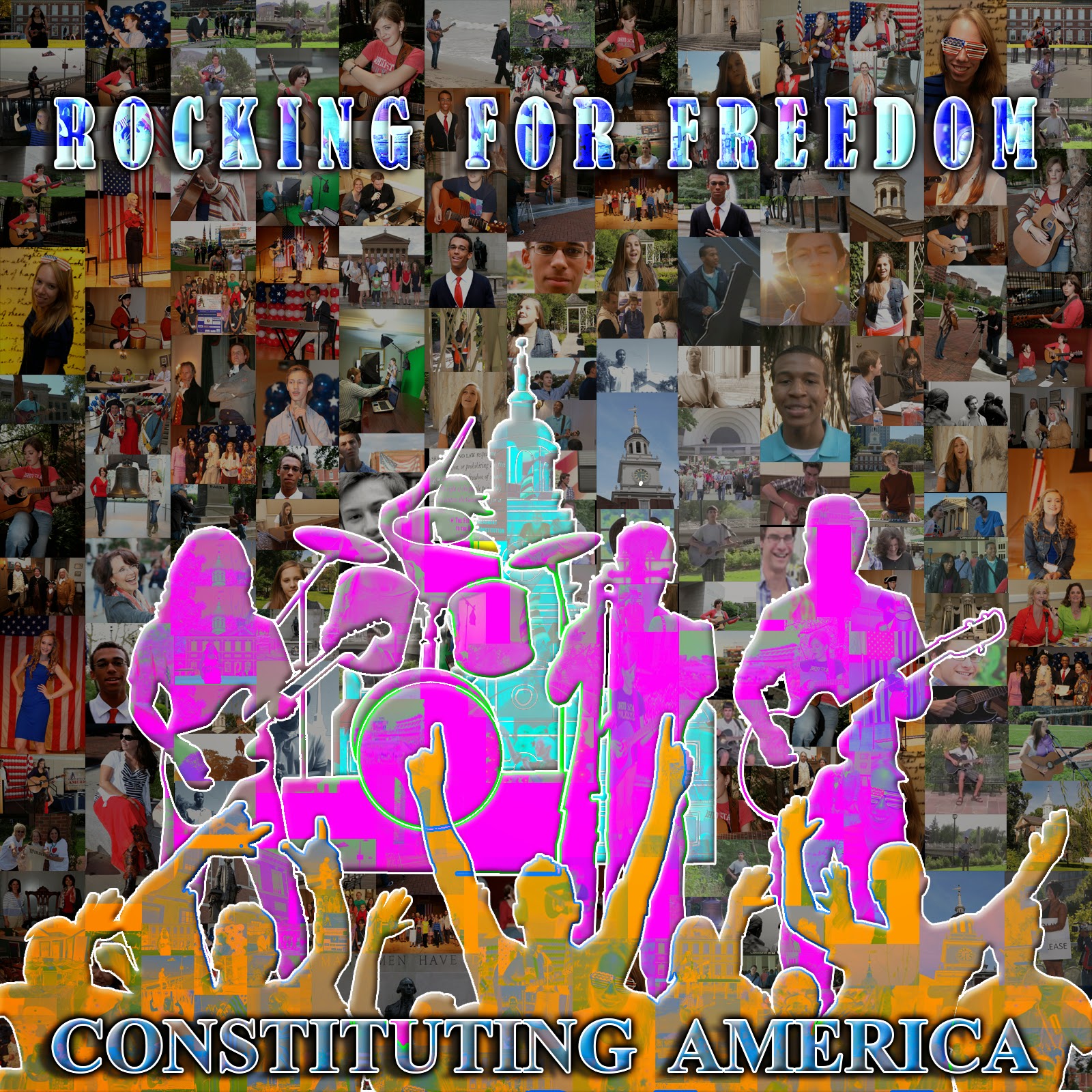 1. Our Home:  Micah Edwards, Age 19, Humble, TX
Constituting America's 2013 Best College Song:  Micah is part of the University of Houston C. T. Bauer College of Business, pitches for the University's baseball team and, along with his sister, is the co-founder, pianist and lead singer of the locally popular Jazz/Pop group LEYBON.

4.  Religious Liberty:  Justis Ward, Age 19, Douglasville, GA
Constituting America's 2013 Best College Song:   Justis has completed his freshmen year at Mercer with a 4.0 GPA and plans to continue on the pre-med track, majoring in molecular biology and minoring in English-creative writing.   When he's not working and studying, Justis still finds time to write music and will release his first album within the next year.

6.  I Am Me:  Annie Nirschel, Age 19, Stamford, CT
Constituting America's 2012 Best High School Song:  Annie is a graduate of the Academy of Information, Technology and Engineering and her interests include film production, art and musical composition.  She plays the piano, guitar, ukulele and banjo.

9.  The Constitution: Joseph Valencia, Age 17, Longmont, CO
Constituting America's 2010 Best Middle School Song:  Joseph is a rising high school senior, treasurer for the senior class, a member of the track and field team, and co-founder and president of the film club.  He recently attended the Colorado Boys State leadership program run by the American Legion and is a summer volunteer for the local chapter of Habitat for Humanity. At the moment, he is knee-deep in the college search process. His future plans are to study economics in college and eventually work in a developing country.

10.  Rising Sun:  Kori Caswell, Age 20, Hannibal, MO
Kori also wrote track 5:  We are the People.  She has spent this summer playing bass at the Grand Hotel in Mackinac Island, Michigan.  Upon graduation, Kori hopes to stay in Nashville and continue playing music professionally.

12. My Heart Belongs to the USA:  Annie Nirschel, Age 19, Stamford, CT Age: 19
Annie also wrote track 6:  I Am Me.   Her song, "My Heart Belongs to the USA," also included on "Rocking for Freedom," was recorded live at the Stamford, Connecticut premiere of Constituting America's documentary, "The Constitution, Reality Show Style," attended by Constituting America founder and co-chair, Actress Janine Turner.

13. Crying for America:  Kory Shore, Age 17, Phoenixville, PA
Constituting America's 2013 Best High School Song:  Kory began drumming at 3-years old, piano and singing at 6, and composing at 12.  His first music video, "Crying for America" went viral and was featured on several national news outlets.  Kory also won the prestigious Dora Khayatt Award for Music, and has completed his first album of ten original songs, due for release later this year along with a new music video.  Kory is attending a music composition program at the University of Arts this summer.

14. The Star-Spangled Baner:  Emily Keener & Kori Caswell
Winners Emily and Kori were invited to sing the National Anthem at the Annual Congressional Baseball Game in 2012.

More About Constituting America
Constituting America’s mission is to utilize the culture and multi-media outreach such as music, film, internet, and social media to reach, educate and inform America's adults and students about the importance of the U.S. Constitution and the foundation it sets forth regarding our freedoms and rights.

Our multi-tiered approach features a contest for kids, academic forums with Constitutional Scholars, the George Washington – We Are All Americans School Speaking Program, and Patriot Clubs. National Youth Director Juliette Turner engages youth across America with her book, Our Constitution Rocks, speeches, videos and media interviews.

Constituting America is the only organization that utilizes the arts and culture to inspire adults and students to learn about the U.S. Constitution.