NASHVILLE, TN – April 14, 2016 – Former NFL Super Bowl Champion and now ESPN Sports Analyst, Kevin Carter, and Jay DeMarcus of the multi-award winning group Rascal Flatts, hosted the 15th Annual Kevin Carter’s “Waiting for Wishes” Celebrity Waiters Dinner on Tuesday, April 12th at The Palm.  The event was presented by The Campbell Family Foundation and HCA to benefit The Kevin Carter Foundation and Make-A-Wish® Middle Tennessee.  This premier celebrity event, “Waiting for Wishes” reached a milestone on Tuesday night as they have now raised more than $2 million for charity since its inception in 2002 and has become Nashville’s most sought after ticket as the event sells out each year. 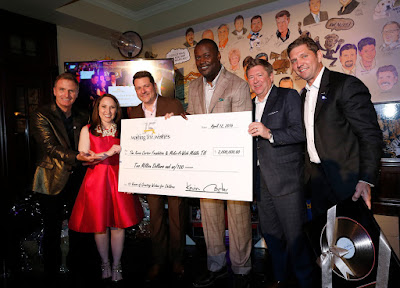 The celebrity event is an exclusive VIP evening where Carter and DeMarcus invite professional athletes, country music artists and other various celebrities to take over The Palm as servers before they head over to Honky Tonk Central for the Official After-Party – Jammin’ with Jay DeMarcus & Friends. The event continues to be one of the most unique celebrity events in the country and is considered a “must attend” events for patrons and participants alike. 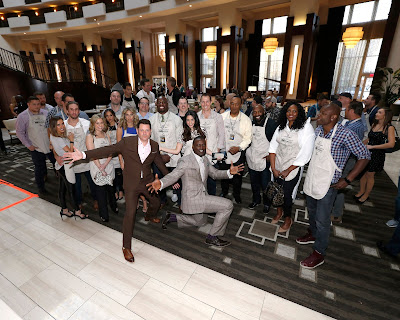 An eclectic mix of celebrities appear each year, and this year was be no different as they celebrated 15 years of fundraising.  Celebrities included:

For all the latest news and celebrities and photos from the event, visit www.Facebook.com/WaitingForWishes

About The Kevin Carter Foundation and event beneficiaries:
Kevin and Shima Carter founded The Kevin Carter Foundation to enrich the lives of children focusing on youth and character development. Carter often quotes his father’s saying, "To whom much is given, much is expected," and admits he tries to live by that today. For more information, visit www.waitingforwishes.com or www.facebook.com/waitingforwishes.